Rock musician says ‘aim for more than the status quo’

A FORMER Priestley student – who is now in one of the world’s most famous rock bands – returned to college this week to inspire the next generation of musicians.

Leon Cave, 36, is used to holding the attention of thousands as Status Quo’s drummer but on Tuesday it was a smaller audience of Music Technology students who listened to his every word during a series of workshops.

“It’s strange being back here after 18 years, a lot has changed at Priestley,” said Leon.

“I just hope my being here can inspire some of the college’s talented musicians to greater things just by knowing that, not long ago, I was in their shoes.”

Leon recently completed a gruelling 23-gig, six-week tour with Status Quo and performs on their latest album, Aquostic, which is their best-selling record for more than 25 years.

During a day in Priestley’s music studios and classrooms he shared his technical knowledge and performance tips with those hoping to pursue a career in the industry.

His message to all young musicians is to believe in yourself as he recently achieved a lifelong ambition to join one of the world’s greatest rock bands and will soon tick off another when he performs with Status Quo at the Royal Albert Hall.

“All I’ve ever wanted to do was become a musician,” he said. “It’s never been about fame and fortune, it has always been about the music and playing to large audiences.”

As a five-year-old Leon would stare at the latest Iron Maiden artwork and listen to their music, only briefly taking a break to play with his Lego.

His parents realised he had musical talent and arranged for him to have drumming lessons at eight-years-old. Leon later joined Priestley College, attracted by its reputation and the music course that was available.

He studied A-Levels in Geography and Psychology, but it was predictably in Music where he excelled.

“It really helped me because the course covered a lot of music theory that is extremely useful to this day,” he said.

Since college he has performed with countless artists, toured extensively worldwide and recorded with a wide range of producers.

Every year he performs in more than 100 shows including large pop gigs, radio performances, corporate functions and open air festivals.

Priestley Tutor Mike Grainger said: “For our students to be able to spend time with Leon is an incredible opportunity and I am certain they have all learned a huge amount from their time with him.” 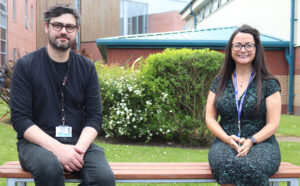 STAFF from Priestley College have won a national award recognising how they were able to maintain standards of education during the pandemic. The Sixth Form 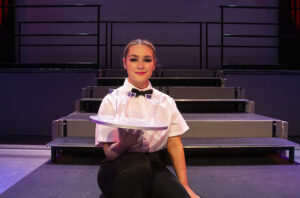 Stage is set for a bright future

AN ASPIRING actress is heading to a drama school that has been producing stars of stage, TV, film and radio for more than half a

Message Us
Secured By miniOrange