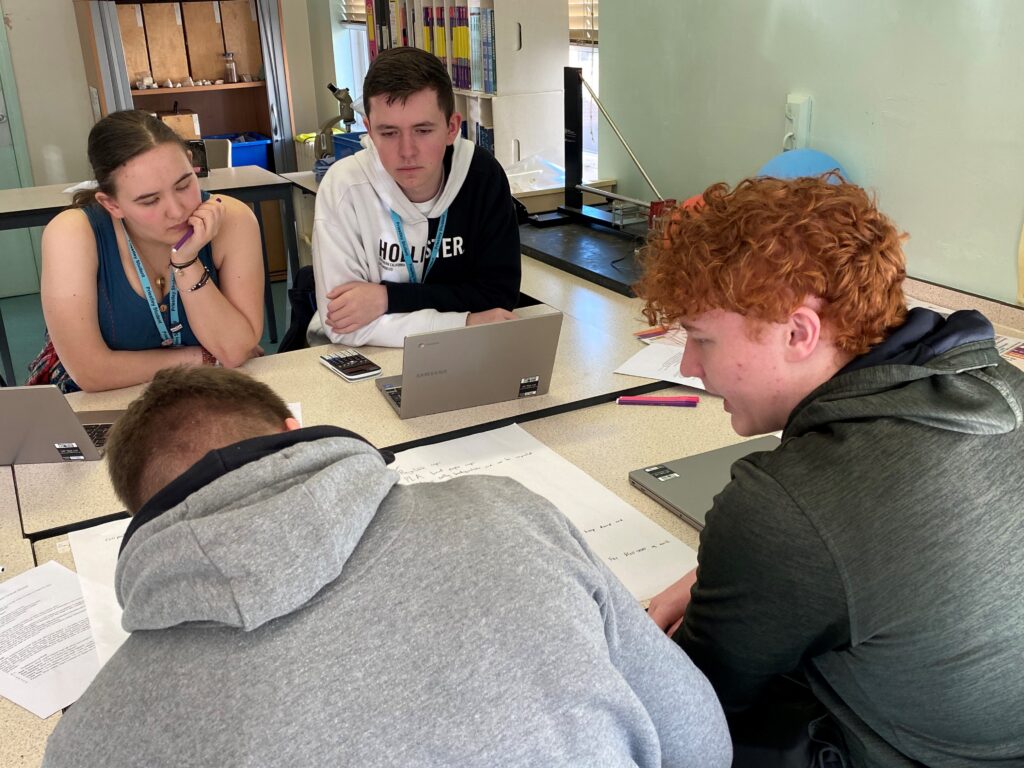 Scientists put to the test

A FORMER student returned to Priestley College to give the current cohort a scientific challenge.

Duncan Cathie finished his studies in 2015 and now works on projects in support of the Royal Navy.

He challenged the high-achieving Chemistry and Physics students to develop a way to make the Creamfields Festival more environmentally-friendly.

“It did not rely on one person to complete all the work, but rather includes each individual with a specific role,” said Bailey, who was his team’s project manager.

“This teamwork, I think, really made it interesting as I got to hear everyone’s ideas.”

After discussing their ideas groups were asked to present back to the class. They had to consider the risks of their solution, what resources they would need to make it a success and the costs involved.

Bailey, who is also studying Criminology, Biology and Psychology, said the challenge helped him develop presentation skills as he had to introduce the team’s idea and help make sense of it during the discussion.

After finishing his A-Levels at Priestley he hopes to take the skills and knowledge he’s learned to university and study Psychology.

“A psychologist would be an ideal job; however, I think I will decide that after I see what doors are open to me,” he said.

Tutor Shahida Khanam said the goal of Duncan’s challenge was to develop talents within the class that might be a little rusty due to the pandemic.

“It was a great opportunity to improve skills such as teamwork, communication and problem solving, which they have had less chance to practise over the past few years,” she said.

PRIESTLEY’S Pre Med students gained an insight into the profession thanks to a visit by A&E doctor Astrid Prahms. Astrid, who is based at Whiston

A SCIENCE technician who has helped enrich the lives of students at Priestley College has been recognised for her ongoing achievements. Laura Smith, who has

Adding this course to your programme will exceed the 4 course limit.

View My Programme
Secured By miniOrange